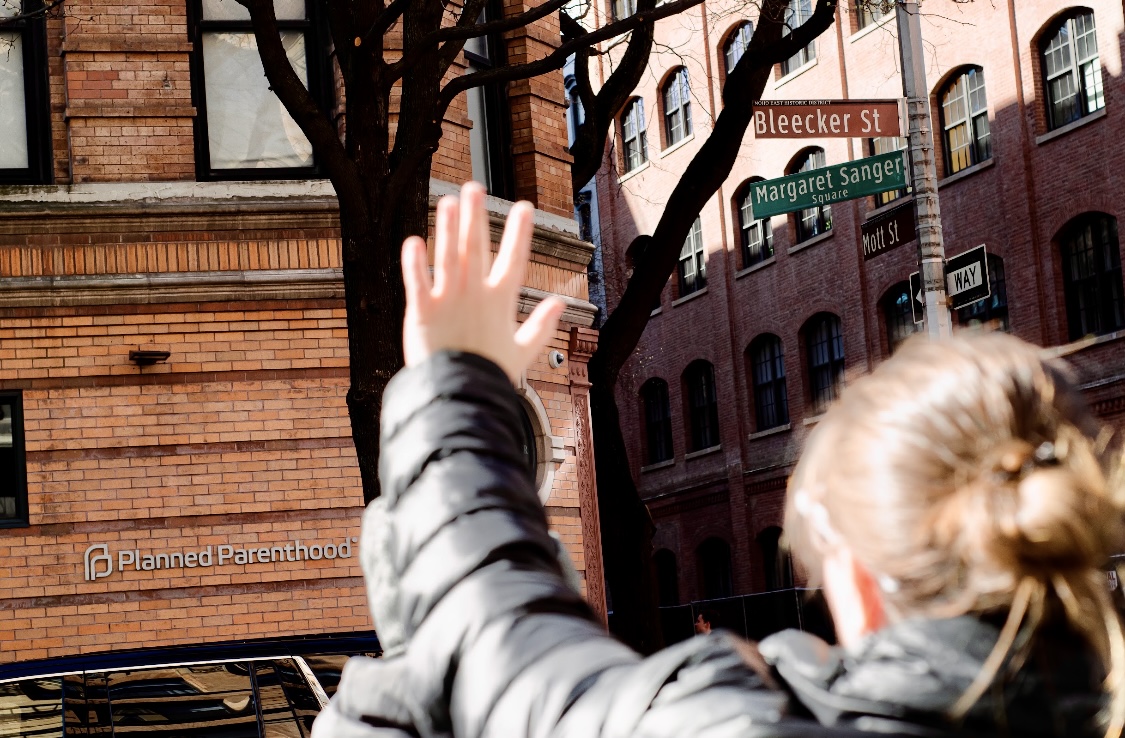 When you ask people their opinion on abortion, most can give you a clear answer and are usually proud of doing so. But when you ask people what the origin of abortion is, where it came from and how it developed into what it is today, most people will not be able to tell you. They may give you the names of a few laws and influential people, but the details have been covered up with nice-sounding rhetoric and pictures of “freedom” and “choice.” As I like to say, they have dressed the evil in righteous clothing. They have hidden the dark details from the public, hoping that you and I will be persuaded to join them in their agenda. In this article, we will aim to answer the following questions: “Who started abortion? What is the ideology behind abortion? And how is it connected to Hitler and the Holocaust?”

The idea of abortion was first introduced to the world by Alan F. Guttmacher, but it was popularized & normalized by Margaret Sanger, an adamant feminist and socialist. She was a birth control activist, sex educator, writer, and nurse who popularized the term “birth control.” She established the first birth control clinics in America, which later became the Planned Parenthood Federation of America. She was a staunch feminist who championed sexual liberation to young and older women alike. In New York City, she led feminist and socialist clubs that attracted many young people interested in “revolutionary” ideas. These “revolutionary” ideas consisted of finding ways to be sexually free while avoiding or eliminating the natural consequence – a human life. As a member of the American Eugenics Society, she was an adamant supporter of eugenics philosophy, which excludes people and groups judged to be inferior while including those considered superior. The inferior are typically minorities, the poor, the “feebleminded,” or the “unfit.” She addressed the Ku Klux Klan and initiated a Negro Project to reduce the population of poor, uneducated African Americans. In 1957 Margaret Sanger stated,

In 1921, she admitted, “The most urgent problem today is how to limit and discourage the over-fertility of the mentally and physically defective.” Margaret Sanger was very open about her heinous views. In addition, Planned Parenthood played a leading role in implementing the one-child policy in China. In a 1934 article entitled “America Needs a Code for Babies,” Sanger proposed the idea that “no permit for parenthood shall be valid for more than one birth.” These quotes only reveal a small picture of Sanger’s evil ideologies. Although her views were unashamedly radical and inhumane, she convinced many people to support her liberation crusade. One of her main objectives was to make abortion acceptable and revered in the scientific and medical communities; she accomplished that by her persistent and deceptive persuasions. She knew that once those with letters following their names promoted it, the masses would also comply. On January 22, 1973, her ultimate dream came true with the passing of Roe vs. Wade which declared that unduly restrictive state regulation of abortion is unconstitutional. The passing of this law was a detrimental turning point in America. Since 1973, we have seen liberal abortion laws increase throughout the country, such as New York City declaring abortion legal until birth in January 2019. However, America is not the only land where the genocide of the unborn occurs. It has become a global shedding of innocent blood and sometimes in the most unexpected places.

To the surprise of many, Israel has some of the most liberal abortion laws globally, with abortion legal throughout all nine months of pregnancy. Abortion became legal in Israel under the penal code of 1978 and in 2014 was updated to allow abortion on demand for nearly every woman in the country. Anywhere from 40,000-50,000 abortions occur annually, with half of them happening legally in hospitals while the other half are performed illegally by private doctors. Many abortions are labeled as miscarriages or stillbirths, resulting in even higher numbers than recorded. Israel’s laws require women to present their case to an abortion committee, which decides whether to approve the case. 98.6% of cases are approved, and as previously stated, another 20,000-30,000 abortions circumvent the committee and are done illegally. More babies have been aborted since 1948 than the number of children who died in the Holocaust. There has been neglect towards her most vulnerable in the Land that respects and honors life, “LeChaim!”.

However, it is even more shocking being that the same eugenics philosophy which inspired Margaret Sanger also inspired Adolf Hitler and led to the slaughtering of six million Jews during the Holocaust; in fact, Margaret Sanger hailed Hitler as a hero and was given the nickname “Hitler in a skirt.” The Nazi sterilization law of 1933 and the subsequent Nazi euthanasia laws were based on blueprints drawn up by Sanger and other American progressives. Hitler was inspired by the writings of two of Sanger’s associates, Leon Whitney of the American Eugenics Society and Madison Grant of the New York Zoological Society. Historian Alison Thompson said,

“Eugenics was central to the entire Nazi enterprise, joined with romantic nativist and racist myths of the pure-bred Nordic. The emphasis on ‘blood’ called for a purifying of the nation’s gene pool so that Germans could regain the nobility and greatness of their genetically pure forebears.”

Does this sound at all familiar? Regardless of the targeted people group, eugenics or “race purification” are rooted in the same philosophy. This philosophy inspired the largest genocide of the Jewish people in history. Yet, work inspired by these very same beliefs is committed within Israel’s borders by her own people and against her own people. It is a genocide being committed in the name of “freedom” and “choice.” It is a hidden Holocaust happening in the shadows and protected by the law. Most people will openly and adamantly condemn the Holocaust and yet simultaneously support the killing of the unborn. This is a dichotomy. You cannot condemn one and support the other while they share the same roots.

It is time, not just for Israel, but for the world to recognize these truths and ask why these evil ideologies have been allowed to propagate. Why have we allowed our children to be sacrificed on the altar of convenience? It is time for light to be shed where there has been darkness. We live during a hidden holocaust committed against our most vulnerable, and it is our moral obligation to speak out and act. May we never stay silent when the unborn need our voice.

What’s Your Excuse? – by Vicky Kaseorg