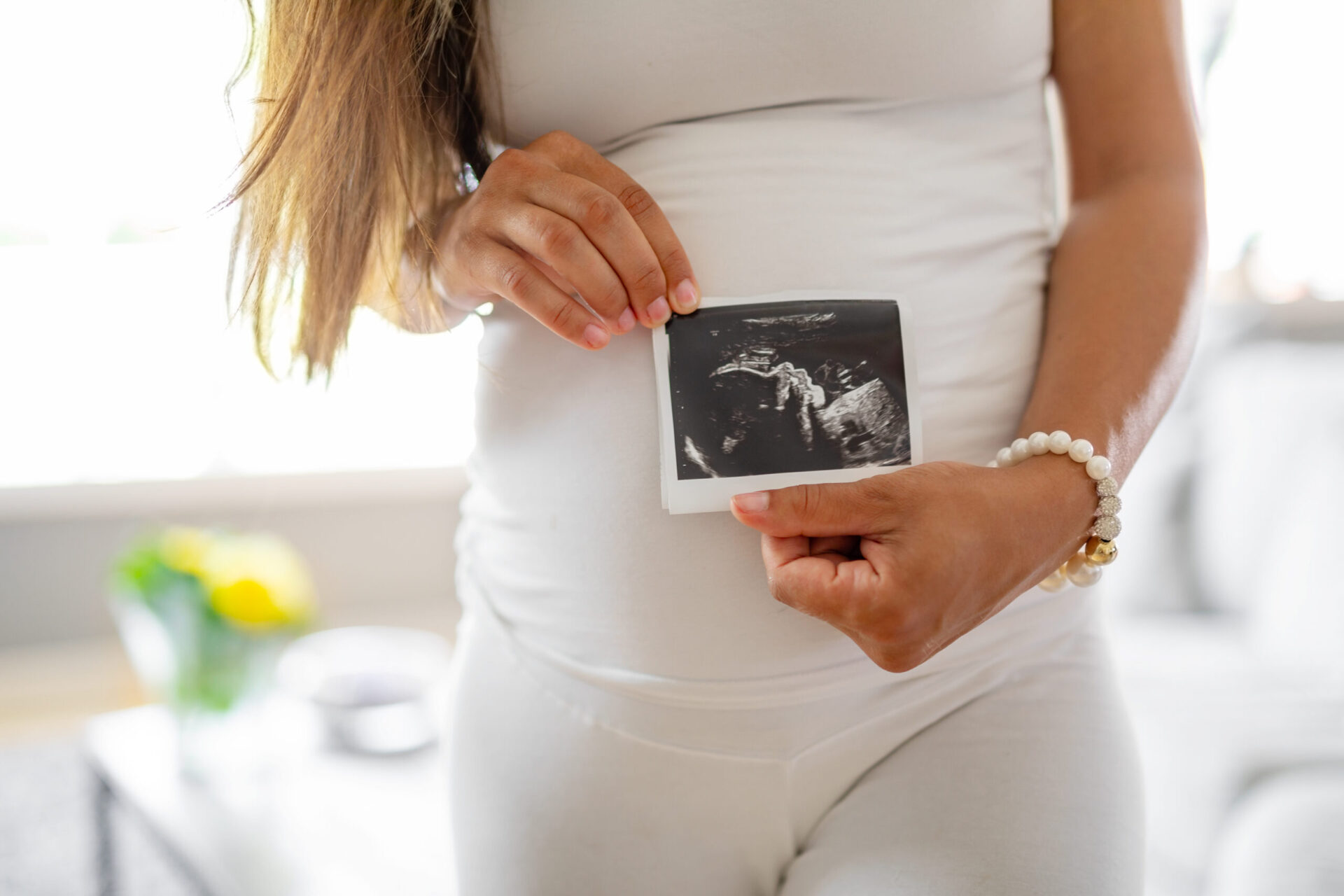 The young lady stopped instantly outside the abortion center driveway when I smiled and waved. She rolled down her window.

“I really appreciate what you all are doing,” she said as she reached for the literature I offered. “I don’t want to be here, believe me. But I have no choice. I will die if I have this baby.”

Now I have heard this before, and most of the time it is not true. But something about the woman’s eyes convinced me that at least in her mind, this WAS true.

“I have a 3-month old at home,” she said. “I almost died when she was born. My uterus ruptured. They did surgery but they told me if I got pregnant within the next year, it would likely rupture again. It is too soon after the surgery. I could die.”

Her eyes welled with tears.

The woman paused, and she dabbed at her eyes.

The tears were flowing big time now. It was abundantly clear this woman did not want to kill her baby but felt trapped in the decision for fear of her own life.

“My heart breaks for you. Do you know God?”

She nodded, holding a tissue to her eyes.

I went on telling her that all pregnancies have dangers associated with them, and any could end in death to the mother. However, that was only a possibility, while abortion was a certainty for the death of the baby.

“Would you just take the time to talk to Dr. Edith before you make your final decision? If you decided to let us help you, she would connect you with doctors who specialize in high risk pregnancies. We have a mentorship program for women with the backing of a church who would walk alongside you for a year and link you with resources that can help no matter what other obstacles you face. We do baby showers that provide two years of your baby’s clothing and equipment. Would you consider pulling over and let me get Dr. Edith on the phone?”

She paused. “Let me look this pamphlet over and think about it.”

She nodded. I prayed that God would help her to trust Him even in this very hard thing. I prayed that she would consider not only her struggle but the baby’s value and life as well. I prayed that God would give her discernment to do what would be best. She thanked me. Instead of driving into the abortion center, she drove into the next door call center lot. I followed and stood nearby. It was clear she was crying and reading our pamphlet. I instantly texted Daniel, who was overseeing 30 trainees for sidewalk outreach at that very moment. They were already on their way to shadow our team. I asked him to pray after briefly relaying the situation. I knew he and the trainees would all be praying immediately.

Then I called Dr. Edith and told her the story. She said the situation WAS serious, and she would need to consult with some experts and do a little research. She urged me to have the woman call so she could find out more specifics.

I prayed and paced near the call center lot. I made sure the woman could see me. If she decided to call Edith, I wanted to be easily found. After probably a half hour, she pulled out. She stopped for me again at the driveway and rolled down her window.

“Will you let me call Edith?” I asked.

“Give me her number please,” she said.

While I was writing down Edith’s number, one of the clinic managers saw me. He came racing over, screaming at me to get out of his driveway and to quit harassing women. In the past, he has actually shoved me and kicked another counselor’s belongings. We knew he could be violent. A fellow counselor seeing him coming at me raced down the sidewalk with her phone clearly now recording him. We train our counselors to video tape aggression from the opposition in case we need proof for the police should it escalate.

However, the woman knew none of that history. Horrified, she asked the counselor, “Are you videotaping me?”

Furious, she rolled up her window. I told her, no, our counselor was videotaping the man, but it was too late. She drove into the abortion center lot and hurried into the building.

I was devastated. I got on the mic, which we are pretty sure is audible inside the building. I spoke about how fear can drive us to do things we should not do. I spoke of how God’s word tells us “do not fear” 365 times. I repeated all the help we had and the promise that God is a God of the impossible and He can make a way when there seems to be no way.

It was a busy day and I was responsible for helping to train the new people. I felt like I had been punched in the stomach but soon had pushed the woman out of my mind to deal with the needs of the day. Edith texted me to assure me her research was very optimistic. There were safe ways to manage this pregnancy and save BOTH the baby and the mother.

An hour later, I saw a car stop on the way out of the abortion center for our counselors at the far driveway. Awareness began to dawn on me as the car slowly approached me. It was the woman. She had been in the abortion center at least an hour. The abortionist had arrived in the interim.

She pulled over and rolled down her window.

I laid my head down on the open window and cried. And then I offered her our mentorship program (which she eagerly accepted) and finished writing Edith’s number on a piece of paper. I gave her one of my painted rocks and took a photo of her holding it. Then I texted that to her immediately so she would have my name and number.

Later that day I received the text copied below. Sometimes we see no fruit from our work on the sidewalk. We all face times of doubt, and wondering if it is worth it. We know that our obedience to God in His call to speak for the voiceless IS the victory. However, when we see a woman like this whose child is alive because we were there and who has had hope restored, it is like walking on water.

What’s Your Excuse? – by Vicky Kaseorg