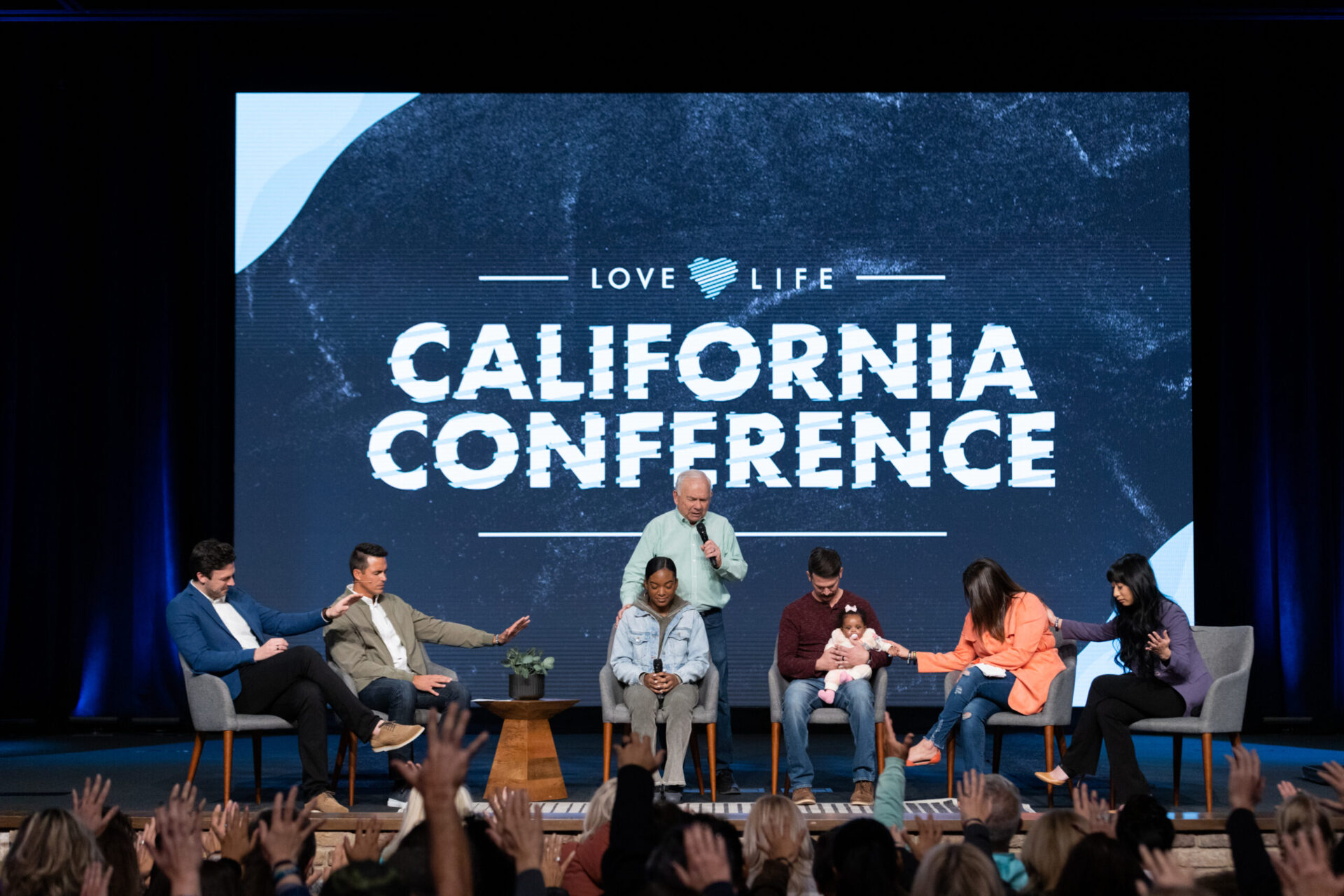 While at the Love Life California conference, I tried to glean some wisdom from some of the fantastic speakers. I love asking those who have gone before me what they would pass on to those younger coming after them. I’ll share what I gleaned and add some of my thoughts to it.

I will start with Dr. Anthony Levatino. Dr. Levatino is a former abortionist who performed over 1,200 abortions before he became pro-life in 1985 after a tragic accident took the life of his 5-year-old daughter. He also played the abortionist in the movie Unplanned. You can hear more of his remarkable story here.

When I asked him what piece of wisdom he would pass on to someone younger than himself, he said,

“When you’re in pro-life work, you have many people yelling at you and hating you. The people who yell the loudest are the ones hurting the most. That’s what I’ve learned over the years.” He told me that when his wife was leading a pro-life event, a lady began screaming and yelling at her for “harming women.” His wife simply replied, “I’m sorry that you are in so much pain.” The lady stopped yelling and tears began streaming down her face. She went on to tell Dr. Anthony’s wife that she was post-abortive and was hurting.

What a powerful reminder from a man who used to be on the other side of this spiritual battle. We often receive many dissenting cries, vulgar slurs, and rejection in this work. It comes with the territory. But may we always remember that the ones yelling the loudest are the ones hurting the most.” The ones who insult us deeply are the ones in deep pain themselves. May God help us respond in love, compassion, and uncompromised truth.

Next, I’d like to share a piece of wisdom that I gleaned from Monica Cline. Monica Cline is a former Title X (family planning) Training Manager and volunteer educator for Planned Parenthood. She quit in 2009 after giving her life to the Lord and realizing the evil of Planned Parenthood’s sex education.

Monica now uses her experience and resources to equip and strengthen parents to speak into their children’s lives. When I asked Monica for some wisdom she has learned over the years, she said, “Parents underestimate the voice they have in their children’s lives. They have abdicated that role. They need to be the educators of their children. That is their primary role over anything else.”

What a good reminder for current and future parents. You are called and appointed to have the most vital voice in your children’s lives. Do not relinquish that role. If you don’t fill it, it will be filled by those whose motive is not your child’s spiritual and physical wellbeing.

I would like to highlight a piece of wisdom I received from Melissa Ohden. Melissa is a survivor of a saline abortion and the founder of Abortion Survivors Network. At 19, her biological mother had a saline infusion abortion that was meant to end her life. By God’s grace, Melissa survived the procedure and was born weighing only 3 pounds. She was adopted, and today she lives to tell her story and advocate for those who survived their appointment to die in the womb. You can read more about her story here.

When I asked Melissa about something she has learned over the years, she said,

“If you don’t do this work out of love, you will burn out. You will be exhausted. See the humanity of every person you encounter.”

The nature of Melissa’s story adds to the weightiness of her statement. Melissa has every natural right not to love or see the humanity in those who advocate for the killing of the pre-born. It would be very easy for her to hate the abortionist who attempted to take her life. She could easily harbor bitterness towards those who defend her mother’s right to “choose.” But these were her words, and if I’m honest, I needed them today. There is a Planned Parenthood escort who consistently insists on interrupting every conversation I have with a mom. Today I got quite stern with her as she snickered. In hindsight, I don’t think what I said or how I said it was wrong. But I do believe that I lost sight of her lost soul at that moment. I viewed her as the enemy when truly she is blinded to the truth, and in her heart, she believes she is doing the right thing. The deception of the enemy has closed her eyes and shut her ears to the truth. But if I don’t approach her from a place of love and concern, I will burn out and be ineffective. I must see the humanity in her—the image-bearer of God whom He died to redeem.

Finally, I would like to share a quote that Seth Gruber shared at the Love Life California conference. Gruber was speaking about Dietrich Bonhoeffer, one of my favorite men in history, and specifically shared a quote from one of his close friends and biographers, Eberhard Bethge. The quote is powerful but must be read with attention to grasp its whole meaning. Bethge noted,

“Bonhoeffer introduced us in 1935 to the problem of what we today call political resistance. The levels of confession and of resistance could no longer be kept neatly apart. The escalating persecution of the Jews generated an increasingly intolerable situation, especially for Bonhoeffer himself. We now realized that mere confession, no matter how courageous, inescapably meant complicity with the murderers, even though there would always be new acts of refusing to be co-opted and even though we could preach “Christ alone” Sunday after Sunday. During the whole time, the Nazi state never considered it necessary to prohibit such preaching. Why should it? Thus we were approaching the borderline between confession and resistance; and if we did not cross this border, our confession was going to be no better than cooperation with the criminals. And so it became clear where the problem lay for the Confessing Church: we were resisting by way of confession, but we were not confessing by way of resistance.” -Eberhard Bethge

Gruber explained the relevance of Bethge’s quote to churches today. Our resistance to the powers of evil is merely liturgical. We are resisting with words but not with actions. We are confessing truth where it is met with little resistance by not bringing it into the public square. As with the Nazi state, the powers that be do not mind if you keep it within your church; just don’t bring it outside the four walls. Keep your pro-life rhetoric amongst yourselves; just don’t bring it into the courts; the streets. Confess your gospel in your pews; just don’t preach it to those whose gods are themselves. Ramble on about the evil of murdering the unborn; just don’t tell women that they can’t do it to their own offspring. This is how the devil makes us comfortable in our confession while we are complicit with evil. May God help us be not mere confessors but doers of the Word.

The Abortion Holocaust – by Sarah Boeke