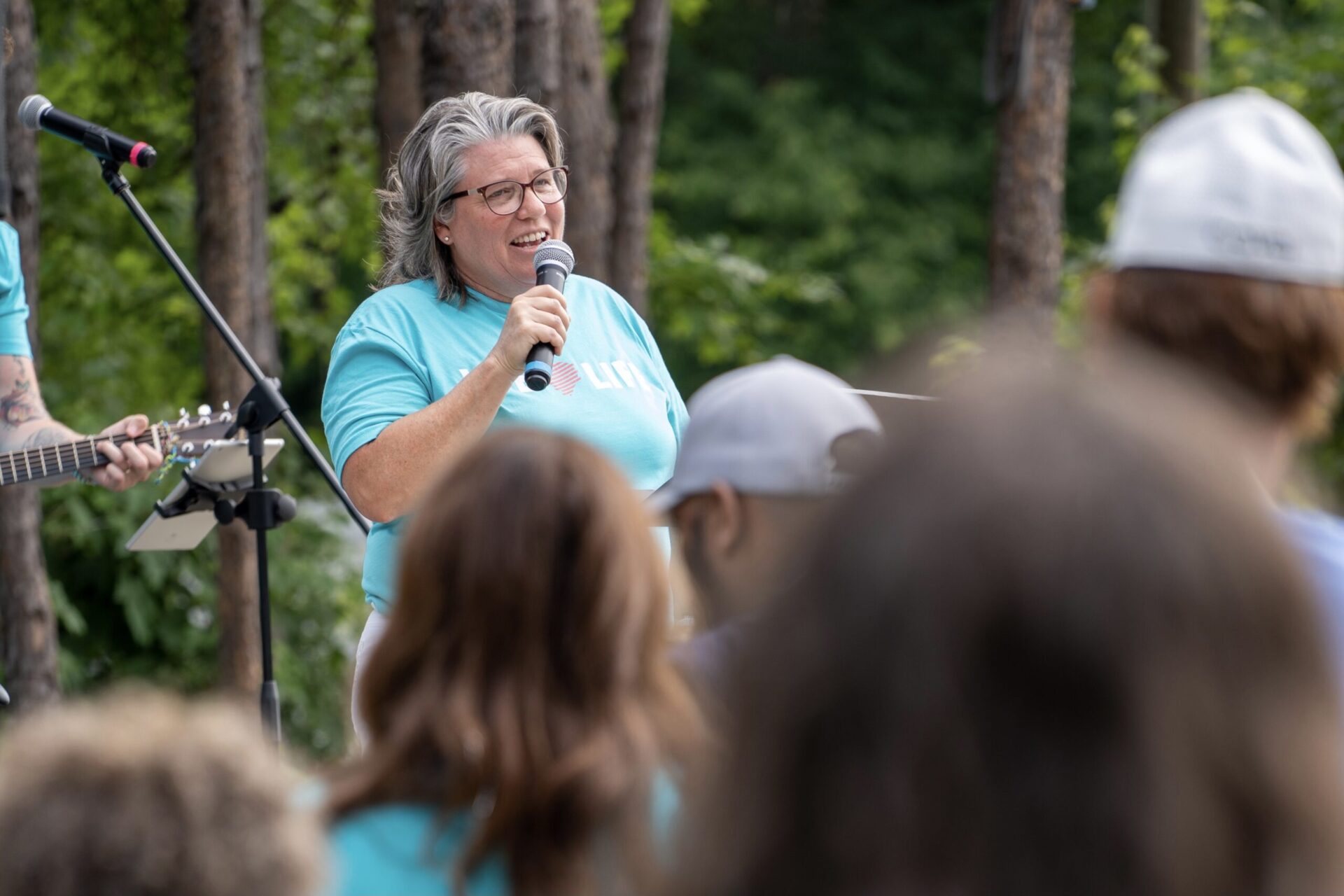 Mary was put under anesthesia and awoke from the abortion having felt nothing. However, the moment she walked out of the hospital, the full impact of what she had done filled her with anguish. She knew she had just murdered a baby, and committed the unforgivable sin. God would never love her again. The strange thing was that despite her horror, she returned to the life that had led to the abortion. She drank, and was sexually promiscuous. She believed she was doomed anyway, and in her mind, there was no use trying to find a path of redemption.

Her sad story of abortion began with naïve trust in a man she was dating. Like so many young women, Mary followed a man innocently down a path of destruction. She was swept off her feet by this man when she traveled for a semester in London. She soon lost her innocence, and found herself pregnant. She also discovered her boyfriend was married with children. She was terrified. Horrified, she told no one, and scheduled the abortion. There was no counseling or attempts to speak to Mary about any choice but abortion. Only one friend knew of what Mary had done. The abortion became a deep dark secret for the next two decades.

Following the abortion, Mary felt like ruined, damaged goods. When her future husband asked her to marry her, she told him he would not possibly want her if he knew the truth. He told her nothing would change his feelings for her. She told him about the abortion and her past, and he was undeterred.

Neither Mary nor her husband knew God until a few years following marriage. Mary was terrified when she was pregnant with her first daughter. She was sure God would punish her for her past by harming the child in some way. When her daughter was born perfectly healthy and beautiful, Mary was confused. She was Catholic but said she truly had no understanding of who Jesus was or the truth of the Gospel. She went to confession several times trying to find peace from the guilt she felt, but could not find forgiveness.

She was dumbfounded by the fact that she had been given the blessing of her healthy daughter. Why had God let her child be born so healthy? Someone must be punished for the terrible sins she had committed. Why had He spared her thus far? She did not yet realize that someone WAS punished for her sins. She had yet to meet Him, however, or truly understand the truth of what He did to set her free.

She finally found the peace and forgiveness that had eluded her when a shy but spirit-filled neighbor befriended her. This young woman, Jeanette, led Mary to understand the Gospel and to finally give her life to Jesus. Jeanette was also a sidewalk counselor with the new ministry Cities4Life. She encouraged Mary to join her on the sidewalk, urging women not to abort.

Mary was an effective counselor. She began to share her testimony with the abortion-minded women, letting them know she knew what they were facing. She herself had faced it. She wanted to help them understand that they could leave this path of destruction. They could find healing in the Lord as she had. They did not need to take their babies’ lives. There were options.

When Cities4Life merged with Love Life, Mary had already been mentoring women who had chosen life. She wanted to be a part of the Love Life vision to engage the church in raising and training mentors who would help disciple and encourage women in vulnerable pregnancies to keep their babies, and to make better life choices. Most of all, she wanted to let them know that redemption was possible. Forgiveness was available. God could use them no matter what they had done in the past. She knew this truth first hand.

“Every single terrible thing I had done, God used and redeemed in what I am doing today,” Mary said. “If I could boil my testimony to one sentence, it would be this: God took every evil of my past and used it to help me minister today, helping women and children now.”

“And I will restore to you the years that the locust hath eaten…” Joel 2:25 KJV

If you have experienced an abortion there is hope, healing, and forgiveness offered in Jesus Christ. Please visit lovelife.org/restoredlife to be connected with our abortion recovery ministry.

When Hope is Gone, God Shows Up – by Vicky Kaseorg