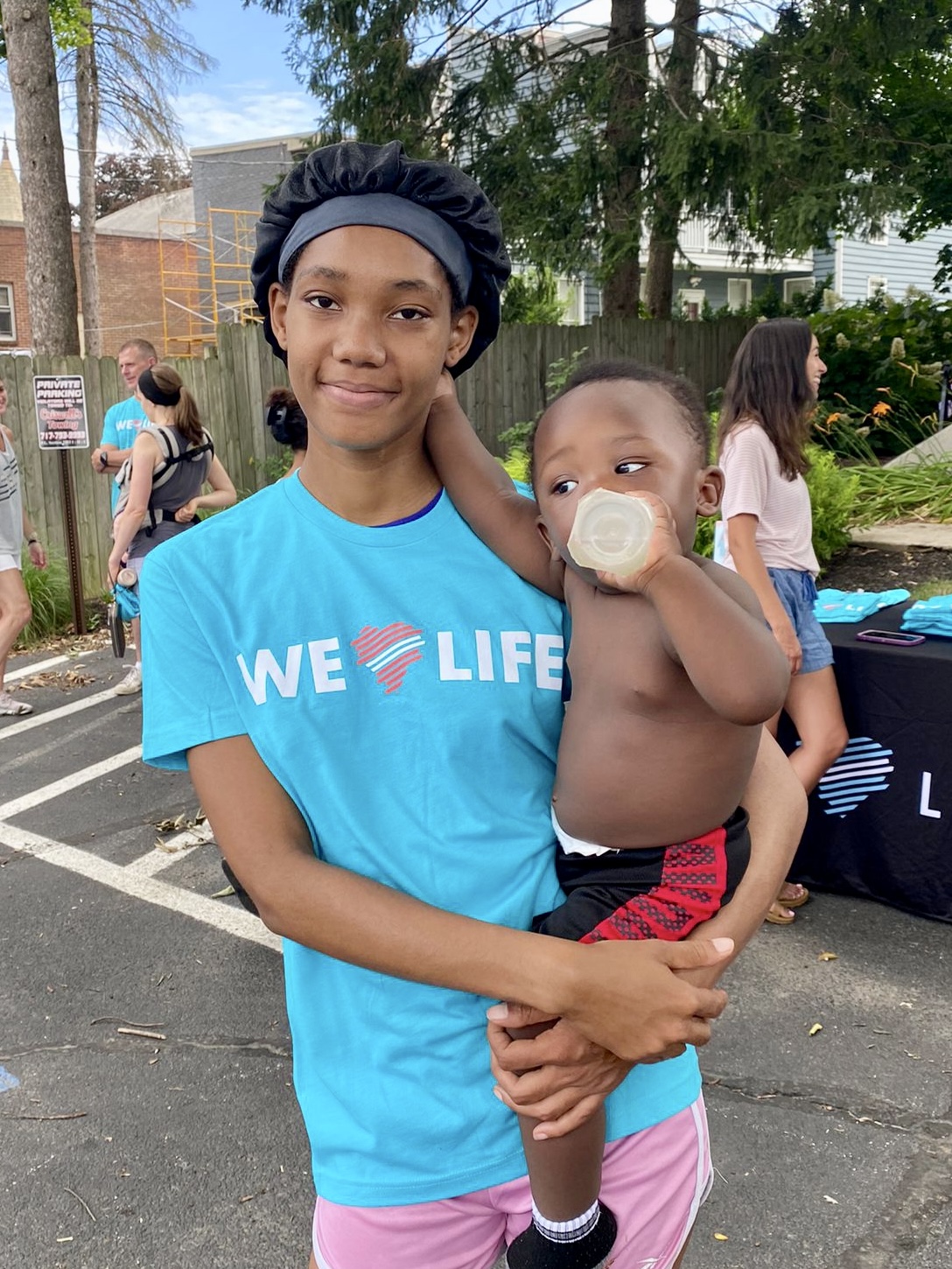 I want to share a story of life & joy that came out of a situation of pain and depression.

Mama D got pregnant at just 20 years old. She was raised in Philadelphia, and in her late teens, she lived in a shelter for some time. Her relationship with her family wasn’t great, and she ended up moving in with her boyfriend.

She was dealing with heavy depression and suicidal thoughts when she found out she was pregnant. She was tempted to abort and went to Planned Parenthood, still indecisive but fearful.

Seeing her hesitation, Planned Parenthood tried to encourage her toward an abortion, but she sensed in her heart that she could not take her own child’s life, so she left.

Last year, she gave birth to her beautiful boy Leo.

The world tells women that pregnancy and birth will only make their depression worse and will lead to more problems, but Mama D says that her little boy brought her out of depression and suicide and gave her purpose and joy in life.

Violence and murder only add more pain and death, but choosing life brings joy and peace!

Mama D is now pregnant with her second son, due this December. She was also tempted to abort the second time, but as she approached Planned Parenthood, she encountered two counselors bringing help and hope to her situation.

She chose life for her second baby!

We are so grateful to God for these two precious boys saved from the clutches of abortion. We are walking with D and praying for her salvation and freedom from the entanglements of sin.

She even joined our Love Life prayer walk this Saturday! What a beautiful picture to see her and her little boy worshiping Jesus outside the place that tried to take his life!

God redeems. God restores. And God turns into good what the enemy meant for evil.

A Historic Day – by Vicky Kaseorg

The Power of God to Save – by Vicky Kaseorg