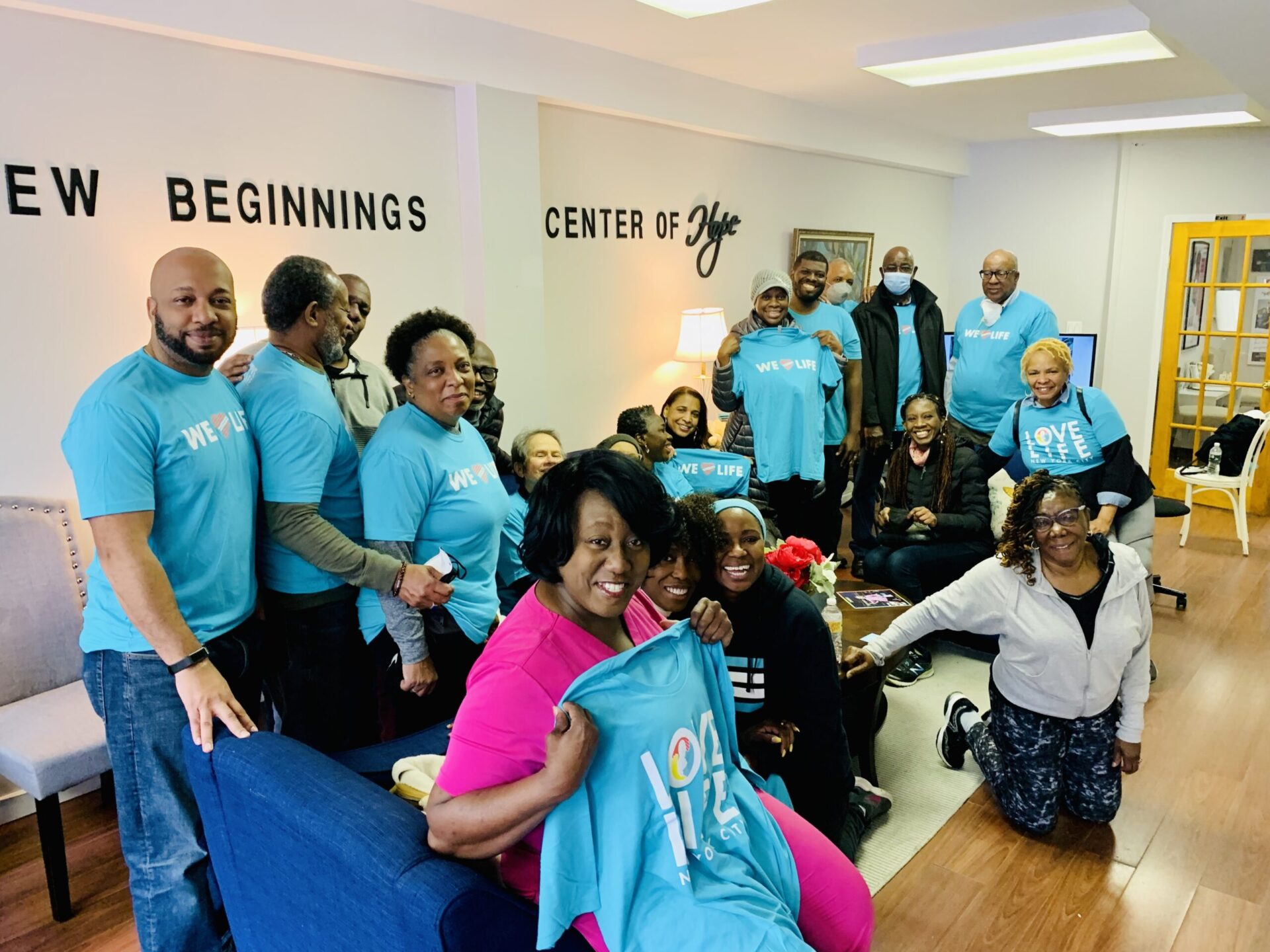 God’s miracles of redemption can rarely be predicted. Lisa Washington, City Director of Love Life Manhattan, saw that first hand as she led a Love Life prayer walk around the very abortion center where she had aborted her baby many years earlier. Never in her wildest dreams did she imagine that wounded and broken teenager would one day minister to others in the same position. “BUT GOD…” she told me.

Listen to her words as she reflected on that day.

“My return to Choices (where I aborted my child) was truly God bringing me full circle. Weeks leading up to the prayer walk, God brought Moses to my mind. He left Egypt as a murderer, and 40 years later, he returned as a deliverer. When I was first at Choices, I was there as a painfully broken teenage girl taking the life of my child. Many years later, I returned as a born-again woman, fully restored by God. And now I was advocating for the pre-born and interceding for women that are deceived like I was.”

Her story began as the youngest of nine children, spared from abortion only because it was not yet legal. Her home life was difficult and led to painful insecurity. As a teen, she entered into a sexually intimate relationship and became pregnant. She knew abortion was wrong, despite not knowing God. Wrestling with the decision, she waited until she was 4 ½ months pregnant before aborting her child.

She was deeply traumatized for years.

“I was bound with guilt, shame, depression, self-loathing, tormenting thoughts of murder, and I also had unexplainable health issues for many years,” Lisa said.

Nine years after that abortion, she had a life-altering encounter with Jesus Christ at a church service and was truly born again! God’s healing began that day and ultimately led her to hear God’s call to address the issue of abortion in her city. She became the Love Life City Director. She and her team now minister at the largest abortion center in Manhattan.

Shortly after joining Love Life, Lisa prayed that God would one day allow her to go back to Choices in some capacity to minister. Unbeknownst to her, the Director of New Beginnings, a Pregnancy Resource Center near Choices, was also praying. She prayed her center could one day participate in a peaceful prayer walk at Choices. She didn’t quite know how to make that dream happen.

By a “chance” meeting with Brian Ottinger, the Love Life East Coast Regional Director, at a CareNet conference in Dallas, the New Beginnings director learned about Love Life and their focus on mobilizing the Church to end the abortion and orphan crisis. Brian connected her with Lisa, and the planning for the deeply desired prayer walk at Choices Abortion center was set in motion.

Lisa says the whole experience was surreal. The verse in 1 John 5: 14-15 came to her mind. “This is the confidence which we have before Him, that, if we ask anything according to His will, He hears us. And if we know that He hears us in whatever we ask, we know that we have the requests which we have asked from Him.”

On the day of the prayer walk, Lisa did not experience the emotional explosion she expected. Instead, she mostly felt joy. God had returned her to the place Satan meant for evil and was bringing about a great good.

Twenty-two people prayer walked that day. Nearly all of the attendees were leaders of Bethel Gospel Assembly, a solid and predominately African American church in Queens. Lisa was thrilled to see the church members taking a stand in this peaceful manner. As she explained, “Abortion disproportionately impacts the Black community. Sadly, however, most Black churches in this country are silent on speaking out and standing against the number one killer in the Black community. I was really encouraged to meet and hear a group of African American Christians unashamedly cry out to God in prayer publicly. I have also prayed a lot since 2020 for God to connect me to African American Christians that are boldly standing for life.”

As far as Lisa remembered, there had been no Christians on the sidewalk when she went for her abortion. At the prayer walk, she met the outreach team from Church of The Rock in Brooklyn. They have been faithfully ministering there for ten years, overcoming many hurdles and even lawsuits to do so. The sidewalks were empty no longer. The Church was showing up.

Lisa said two scriptures best captured this experience as she thought about all that had transpired.

2 Corinthians 5:17 “If anyone be in Christ they are a new creation. The old is passed away. He makes all things new.”

Romans 8:28 “We know all things work together for the good of those that love the Lord and are called according to His purpose”.

At the end of the walk, Lisa shared her testimony. Afterward, a prayer walker told her privately that Saturday was also the first time she had been back to Choices since her abortion. Hearing Lisa share her testimony gave that woman the courage and freedom to now also share with others and brought healing to her own heart.

God brought both of them full circle.

The Power of God to Save – by Vicky Kaseorg