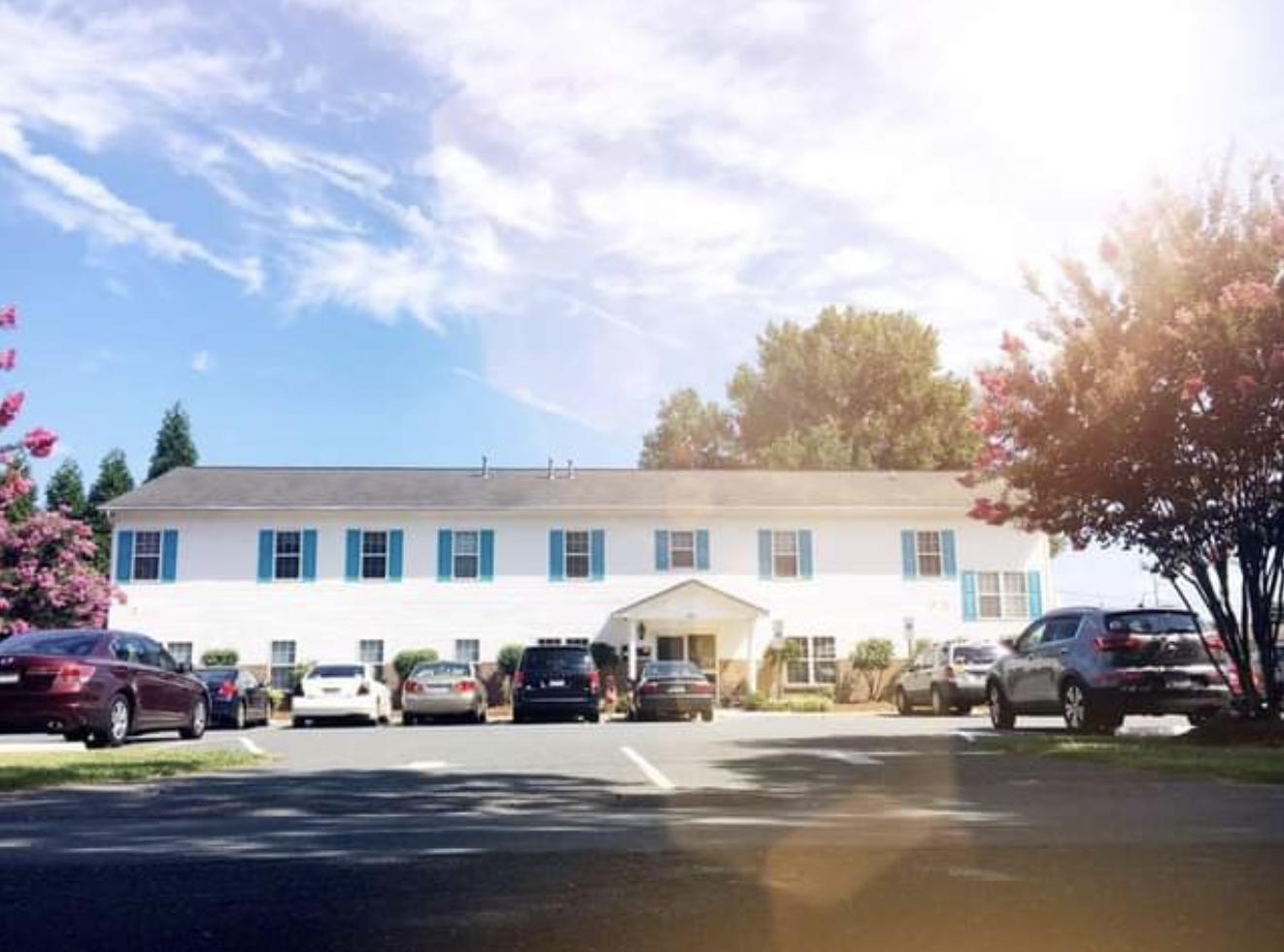 Karen* recently called the Abortion Pill Reversal (APR) Hotline. The moment she swallowed the abortion pill, she regretted it. As soon as she left the abortion clinic, she googled whether it was possible to reverse the pill, and stumbled on the hotline.

The hotline connected her with the APR nurse, Courtney, who called me to accompany her to begin the abortion pill reversal and counsel Karen. When we met her at the Monroe HELP Pregnancy Center, Karen was visibly shaking. She blinked back tears. Her voice was tiny and strained.

While the nurse, Courtney, set up for the mandatory pregnancy test and ultrasound, I interviewed Karen to get her background information. First, I wanted to know if she had seen our sidewalk counselors on the sidewalk since we do have a presence at the abortion center she went to. The hours and days we can be there is limited due to lack of volunteers. However, I knew we had been there the morning Karen went for her abortion.

She told me she had not seen anyone. As I questioned her, I discovered that she had gone in the back entrance of the building which was off of a different street than the one where our volunteers stand. She never saw the signs, never heard them call out offering hope, help, and resources. She missed them at the driveway offering pamphlets with our name and number on it. She told me if she had heard even one sentence about God, development of the baby, or the help being offered, she would not have aborted. EVERY voice from those in her life had been counseling her to get an abortion.

She had been mostly raised by her grandmother, who loved God and taught her about Him. However, her own parents were “not religious.” In fact, the mother was currently in prison and the father was rarely in any contact with his daughter. The family member she lived with, as well as her few friends, all told her she absolutely should abort. The father of her baby deserted her, but first told her she MUST abort and she was being unfair to him if she did not. Her heart was aching as she knew she did not WANT to kill her baby, but there was NO ONE encouraging her to listen to that voice. So she took the pill…but instantly was filled with despair. What had she done??? What could she do now?

Fortunately, she was a resourceful woman and googled if there was any hope. That is how she found us and read about Abortion Pill Reversal. As she spoke to me, she told me the so-called counseling required by law from the abortion center to prospective clients only communicated that she would take a series of two pills, it would be quick and easy, and would result in a normal period. It was presented as normal, easy, and common. She had nothing to worry about. It wasn’t a baby but a blob of cells. She started crying as she told me, “Why did they not say a word about the GRIEF?” I asked if anyone had asked her if she was conflicted. Had anyone asked if she was being coerced? Did they ask if she wanted to talk about any options OTHER than abortion? She said no. None of that was discussed.

We all held our breath as the nurse Courtney readied Karen for the ultrasound. I had alerted Love Life members to pray for the life of that baby. The abortion pill does not act immediately, but the baby may have already died from the pregnancy hormone progesterone being blocked by the abortion pill. As a sidewalk counselor, I am there prepared to counsel the woman with a Gospel-centered perspective whether the baby is alive, or whether the poor baby is dead. I have had to do both.

What if there were no Christian presence, no offer of hope or healing or forgiveness, and a woman who regrets the abortion sees her dead baby on the ultrasound screen? Our ministry trains people extensively so they are able to bring a clear Gospel-focused message to women not only on the sidewalk as they enter or leave the abortion center, but also when they are seeing their child as Karen was, fearful that the baby may no longer be alive.

The community of Christ followers I could alert in this situation to be praying is key. The prayers of the righteous availeth much, the Bible reminds us. Knowing others were praying at that moment helped me to remain confident and calm in the Lord as I watched that ultrasound screen. A church praying specifically for our teams and these unborn babies is absolutely crucial.

Courtney found the baby’s gestational sac, and then ran the ultrasound cursor over the image of the tiny baby. “Now this is your baby…these are her little arms and legs…and here….is the beating heart.” Karen stopped trembling. A small smile replaced the tense strained look she’d had since I first met her. Her baby was alive.

“Arms and legs….but they told me this was just a blob…”

The baby was eight weeks old.

“At eight weeks,” I told her, “Your precious baby has a beating heart, as you see. She has detectable brain waves, ten fingers and ten toe buds already forming. By next week, your child will have unique little fingerprints that no one else will ever have. That shows you how unique and special your baby is before God!”

The overwhelming reason Karen had come to abort was she felt ALL ALONE in her small, unspoken desire to save her baby. I told her she would never need to feel alone again. Through Love Life, we would appoint a trained mentor with the backing of a committed partnering church. The mentor would go over every obstacle Karen faced, and present resources that could help. With the church, the mentor would provide a baby shower that provided two full years of the baby’s clothing and equipment needed. She was overwhelmed by the offer through our partnering churches of low cost day care, free financial counseling, free family counseling, help with getting her to and from doctor, and when in labor, help watching her one year old.

I was committed to staying in touch with Karen until her mentor was appointed. I also called her the following day and shared the Gospel with her. She admitted she had wandered from God, and never truly understood what it meant for Jesus to be Lord of her life. She had no idea what the Bible said about sex outside of marriage. She did not know God’s word about the sanctity of human life or that its worth is derived from the fact that we are made in God’s image. After I shared the Gospel, Karen said she wanted to repent and then submit her life to Jesus. As she prayed in her own words out loud, she began crying. That is often the response I see as a soul begins to understand the incredible truth of redemption. She asked me if we could help her find a good church. It was time for her to return to church, she said.

As a gospel focused ministry, we know that true hope and healing and help will ONLY come through Jesus. We train our volunteers not only in effectively sharing the Gospel, but also the unique challenges of sharing the Gospel to an abortion determined mother. Because so many of these women are at the lowest point of their lives, they are often very ripe for the truth of the Gospel. A third of abortions are repeat abortions so we know if we are ever to bring about the end of abortion, the cycle of sin and despair must stop. That will never stop without lives being submitted to God.

A member of a local church contacted me a couple of weeks before Christmas. She asked if I had a mom who chose life who felt “all alone.” (Her words!) She wanted to bless that mom and her children for Christmas. I honestly got chills thinking of how God’s people who are willing vessels to be used by Him so often meet a need before it is even expressed. Karen’s biggest obstacle was she was “all alone.” Remember how I told her she would never need to feel alone again? The church would insure that. I instantly called Karen and asked her if I could share her name and phone with a member of the church who wanted to make her Christmas special. “Oh wow,” she said, “yes!!!! Thank you so much!”

Karen’s story shows the involvement of the Love Life churches in prayer, raising sidewalk volunteers, providing mentors, offering tangible help to struggling moms, and training for evangelism in sidewalk outreach. We know pastors are often overwhelmed and understaffed. We know that abortion has been painted as a political issue. Love Life Ministry began to help train and equip pastors and churches to address the abortion holocaust. We believe abortion is a Gospel issue and one that can only be effectively challenged if the church of Jesus Christ arises and refuses to relinquish this ground to Satan.

*Karen is a pseudonym to protect the woman’s privacy